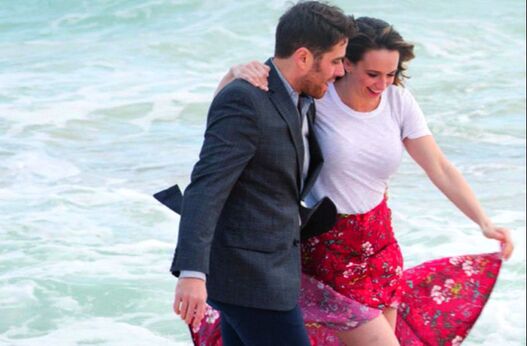 Tony Nominee and Broadway Stars, Josh Young and Emily Padgett, have put together a phenomenal show featuring Broadway classics and contemporary favorites from the stages in New York City’s famed Theater District. A mix of Solos and duets, all performed in the Broadway concert style, offer a unique and intimate evening led by these two veteran performers, accompanied by piano.Josh Young is an American actor best known for appearing on Broadway in the revival of Jesus Christ Superstar, for which he was nominated for the Tony Award for “Best Featured Actor in a Musical” for his role as Judas.
Emily Padgett is an American actress, singer, and dancer. She is known for her work on Broadway as Daisy Hilton in Side Show and Sherrie Christian in Rock of Ages, as well as for originating the roles of Lucy Grant in Martin & Brickell’s Bright Star.