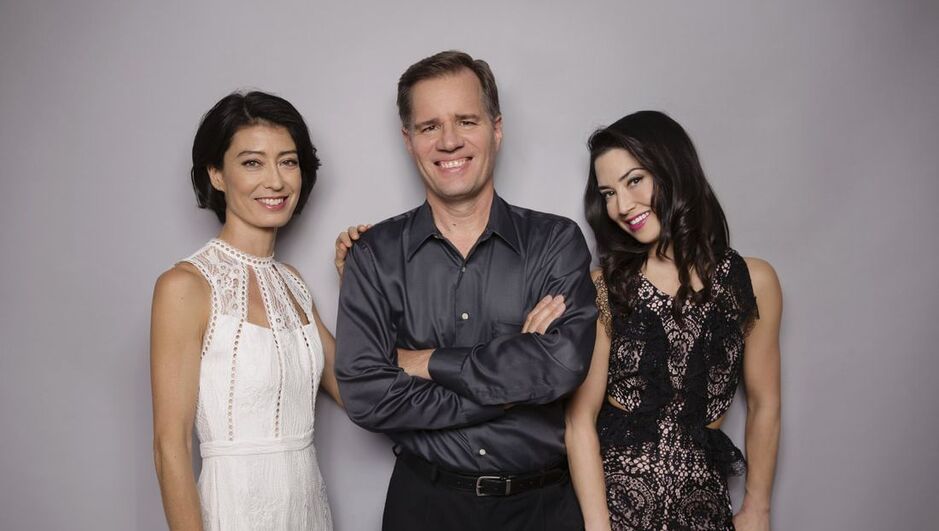 A typical evening with Intersection may center on a Ravel, Dvorák or Brahms trio, but will veer into previously unexplored byroads. A Hungarian thread present in the Brahms may be further spun into a sequence of Gypsy tunes, Dvorak into slavic dance forms, Ravel into the ethereal world of sensuous French song. American music, crucial to Intersection’s repertoire, is presented in musical forms spanning the most avant garde of compositions to lighter fare such as excerpts of film music and popular theater and song. Various solos and duos add to the aural variety.Intersection are reknowned for the new catalog of trio works that they have directly inspired. These works, substantial but immediately accessible, figure prominently in their programs. Energetic young composers such as Patrick Zimmerli, Kenji Bunch, Dan Coleman, Ryuichi Sakamoto and Novacek himself have all contributed to the catalog, and one hallmark common to much of this music is a suggestion of the trio’s hometown, New York City, in its vitality, verve, and diversity.

Kristina, Laura and John have individually achieved enviable successes as solists and chamber musicians in the world of classical music, but each have effectively ventured beyond circumscribed artistic borders, exploring new music, world music, jazz and pop. The uniqueness of the group is in tapping to the full these highly varied backgrounds, in shows that seamlessly fuse the traditional and the surprising, the premeditated and the improvisatory, and of course their easy verbal interplay with each other and with the audience. An evening with Intersection is a virtual collaboration between artists and audience.